Boynton Beach is located one town north of Delray Beach and is just South of Palm Beach and offers a temperate warm climate which historically was an area known for growing pineapples, mangoes and oranges. Boynton Beach is affectionately called “Boynton” by the locals and is one of the fastest growing small cities in South Florida. According to a recent study, Boynton Beach is the 21st fastest growing city in the U.S and a visit to Boynton will show you why. Boynton Beach offers affordable living in a great climate with good schools and this is one of the main reasons why the city is growing so rapidly and appealing to families with children.

But it is not only families that are moving to Boynton Beach. Boynton boasts a rapidly growing base of retirees and vacation home and second home owners looking for affordable real estate in a great location. And Boynton fits the bill situated smack in the middle between swanky Boca Raton and the elite wealth and allure of Palm Beach. Indeed one of the allures of Boynton Beach is the affordability for a city that is on the beach, and many people from Miami and Fort Lauderdale are moving up to Boynton or retiring in Boynton.  A casual stroll along the Beach will tell you that there is no shortage of people moving from New York either. 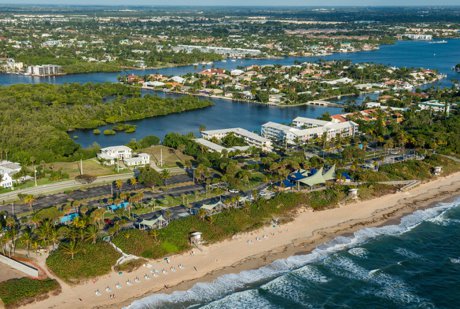 If you like sun, beaches, boating, golf and tennis then Boynton is a perfect location for you. The $150 Million Dollar Marina Village on the Intracoastal and the $500 Million Dollar Renaissance Commons are examples of large scale development in Boynton. Recently the Peninsula opened with waterfront residences and boat docs with waterfront views of the Intracoastal. Developer GL Homes has built 11 communities in Boynton Beach and has plans for 3 more in the works. Developers are flocking to Boynton Beach because land is cheaper and more plentiful than in in Miami Dade County, Broward County and Palm Beach County.

There are many communities in Boynton with affordable homes being built with prices that are quite a bit less than neighborhoods to the south and north. West Boynton Beach has seen tremendous growth over the past few years and many areas that were formally orange groves are now full of newly developed communities. All that growth in construction and population has contributed to more malls and shopping centers being built to cater to the growing needs of a larger population. There are now almost 70,000 people who call Boynton Beach home. 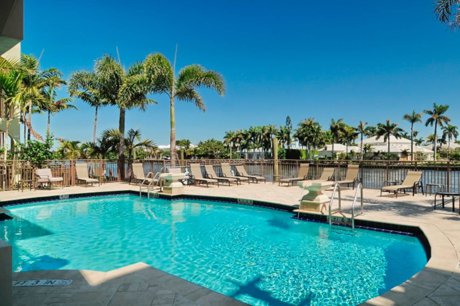 When you move east there are luxury waterfront homes and condos on the Ocean and also on the intracoastal. Prices increase substantially as you go east but for waterfront real estate, the prices are quite a bit lower than neighboring Boca Raton and Palm Beach. This affordability is driving an influx of buyers looking for more bang for their buck. If you are looking for waterfront properties at a more affordable price then Boynton Beach could by your next home. 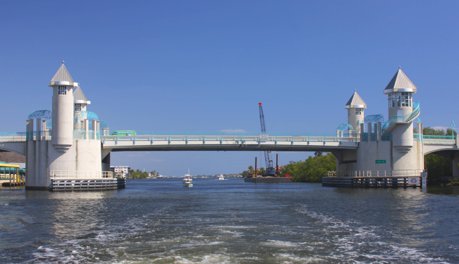 Boynton Beach Restaurants situated on the intracoastal like the waterfront “Two Georges Waterfront Grille” (see the picture above) and the “Banana Boat” have been catering to tourists and locals for years and are bustling on the weekends with boaters and tourists and locals looking for the fresh catch of the day and a view of the Intracoastal.

Boynton Beach offers a lifestyle for all ages. If you are thinking about relocating to South Florida come Explore what Boynton has to offer by searching for your perfect home or condo below.

This is the lakefront home you have been waiting for! Completely remodeled and beautiful inside and out! This 3 bedroom, 2 bathroom cbs home features a completely new kit...

Large 2/2 condo with den area that could be a third bedroom. This unit will be cleared and cleaned shortly with new professional pictures soon. Very livable as is but re...

This is the home to be had in Leisureville (55+) - home needs nothing, everything has been done and is ready to move in! Gorgeous 2/2 open layout with bonus Florida room....

GREAT HOUSE IN BEAUTIFUL CASCADE LAKES! THIS IMPECCABLE HOME HAS ONE OF THE BEST FLOOR PLANS IN THE COMMUNITY AND IS LOCATED ON AN INTERIOR LOT. ENJOY THE BEAUTIFUL FLO...